Part 3 of a series of posts by @TheMiddle, using uninitialized Bash variable to bypass Web Application Firewalls, tested on CloudFlare WAF and ModSecurity OWASP CRS. Chck it out ::HERE::

Our new open source python OSINT framework, skiptracer was released yesterday @ HushCon. Initial attack vectors for recon usually involve utilizing pay-for-data/API (Recon-NG), or paying to utilize transforms (Maltego) to get data mining results. Using some basic python webscraping of PII paywall sites to compile passive information on a target on a ramen noodle budget. The modules will allow queries for phone/email/screen names/real names/addresses/IP/Hostname/breach credentials etc.. It will help you collect relevant information about a target to help expand your attack surface.`Everyone should be encourage to submit new ideas/modules. you can get the code here. https://github.com/xillwillx/skiptracer

Seems our pal Mario Dinatale, or’ Mario Di Natale’ as he now uses for SEO reasons (see post: Hacks Lies Nation States) has bullshitted his way into another job. I wonder how much bullshit he fed into his new employer Kyber Secure ‘Why do you care’ you might ask? Because charlatans like him lie their way into jobs and bragging about ransomware ‘takedowns’ they had no part in, are some of the reason why this industry and security is such a shitshow. I feel bad for the clients. 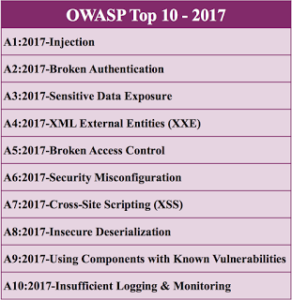 You can get it from here: github.com/OWASP/Top10/tree/master/2017 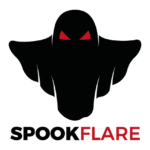 SpookFlare gives you the opportunity to bypass the endpoint countermeasures at the client-side detection and network-side detection. SpookFlare is a loader generator for Meterpreter Reverse HTTP and HTTPS stages. SpookFlare has custom encrypter with string obfuscation and run-time code compilation features so you can bypass the countermeasures of the target systems like a boss until they “learn” the technique and behavior of SpookFlare payloads.
More info: https://artofpwn.com/spookflare.html
Project: https://github.com/hlldz/SpookFlare

@tiraniddo released slides, demo videos, and some source code from his Zero Nights 2017 talk: Abusing Access Tokens for UAC Bypasses. Get it on his Github.
Summary:
“UAC, specifically Admin-Approval mode, has been known to be broken ever since it was first released in Windows Vista. Most of the research of bypassing UAC has focused on abusing bad elevated application behavior, auto elevation or shared registry and file resources. However, UAC was fundamentally broken from day one due to the way Microsoft implemented the security around elevated processes, especially their access tokens. This presentation will go into depth on why this technique works, allowing you to silently gain administrator privileges if a single elevated application is running. It will describe how Microsoft tried to fix it in Windows 10, and how you can circumvent their defences. It will also go into detail on a previously undocumented technique to abuse the assumed, more secure, Over-The-Shoulder elevation on Windows 10.”

Haider Mahmood has a nice write-up on his blog using a few different techniques to backdoor PE files, making them (hopefully) fully undetectable by anti-viruses. Some restrictions he used in the process were: not changing the functionality of the program itself , or increasing the file size, and avoiding using other common techniques like msvenom, veil, and other crypters/packers. The techniques he covers to help reduce the AV detection rate are, changing the PE’s section header, codecaves, and dual code caves. He goes over the pros and cons of each usage.

New post on willgenovese.com about macro-less Office command execution and how to use different payloads with the attack.

How to install metasploit inside Win10 WSL and use some python scripts to exploit vulnerable Win2k through 2k16 machines.
willgenovese.com/exploiting-with-eternalromance-using-metapsloit-installed-inside-win10-wsl/

BitCracker is the first open source password cracking tool for memory units encrypted with BitLocker. Check it out @ https://github.com/e-ago/bitcracker or use as a plugin for John The Ripper Jumbo version @ http://openwall.info/wiki/john/OpenCL-BitLocker